Paris Saint-Germain finished second in the Group A table to secure a spot in the UEFA Champions League Round of 16. Paris Saint-Germain’s qualification wasn’t a surprise as many expected them to make it through to the next round due to the quality of their squad.

Despite PSG securing their place in the Round of 16, they could be eliminated early if they meet a stronger team in the Round of 16. PSG showed their flaws in the group stage as they struggled to win matches despite having Lionel Messi in their squad. Many thought Lionel Messi’s joining PSG would make the French team an unstoppable force that would go on to win the Champions League easily.

Many French teams are hoping for Lionel Messi to singlehandedly win PSG their first-ever Champions League title, but this dream and high hopes could be cut short if PSG faces any of these three teams in the Round of 16. PSG finished second and will face the group winners in the Round of 16.

Without any doubt, Bayern Munich is one of the strongest teams in the world at the moment due to the quality of their team. Bayern Munich was the 2020 UEFA Champions League winner and narrowly exited the tournament in 2021.

Bayern Munich is far more powerful and balanced under Julian Nagelsmann than they were under Hansi Flick in 2021, as evidenced by their group stage dominance. Bayern Munich won all their matches in the group, including thrashing Barcelona home and away, while Lionel Messi’s PSG kept struggling against tougher opposition.

PSG was clearly dominated and outplayed by Pep Guardiola‘s Manchester City in the group stage and is likely to struggle against Bayern Munich if both meet in the Round of 16.

Carlo Ancelotti has done a great job of rejuvenating the Los Blancos, turning them into serious Champions League contenders once again after three years of decline. Real Madrid is arguably the team most likely to kick out Messi’s PSG if both are paired in the Round of 16.

Lionel Messi suffered a huge heartbreak at the hand of Jurgen Klopp’s Liverpool in 2019 when the Reds came from 3-0 down in the first leg fixture at Camp Nou to defeat Messi’s Barcelona 4-0 at Anfield Stadium. Liverpool went on to win the UEFA Champions League that year and, once again, will be

fighting for the title this season. 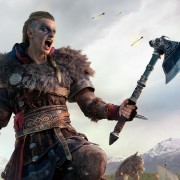 Aguero has retired due to a heart condition.

France and Real Madrid striker Karim Benzema has been found guilty of conspiring to blackmail a fellow French footballer with a sex tape.